Photos and Links to Photos taken in 2016 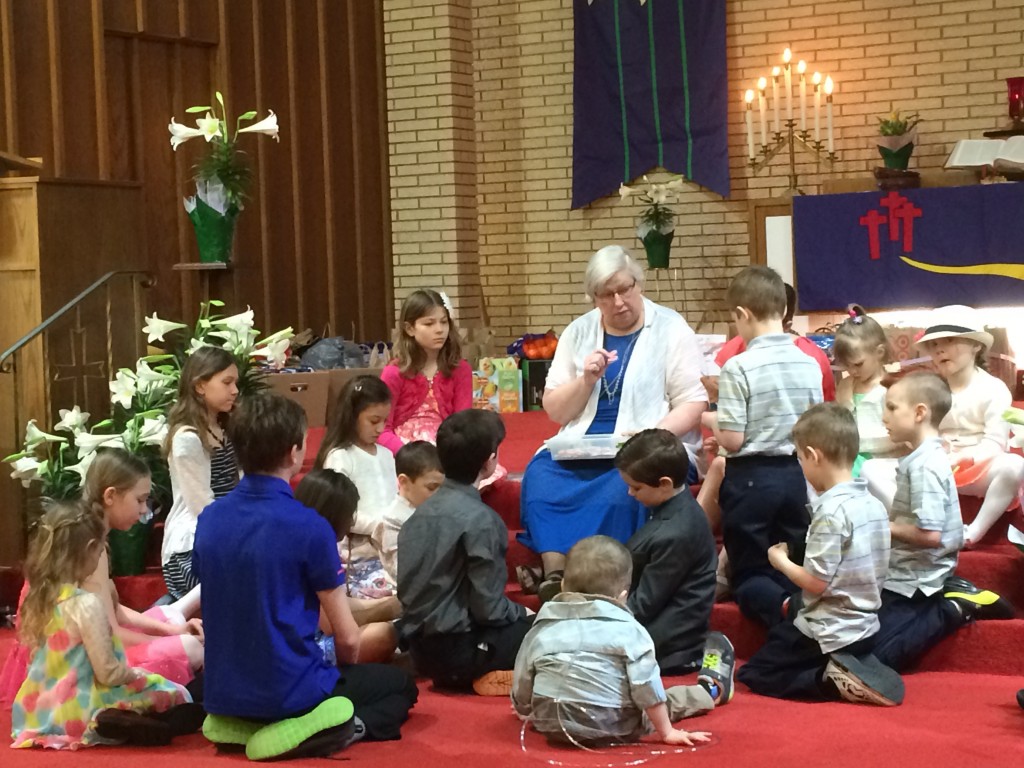 Pastor Gail explained the symbolism of the butterfly as she passed out butterflies during Children’s Time. 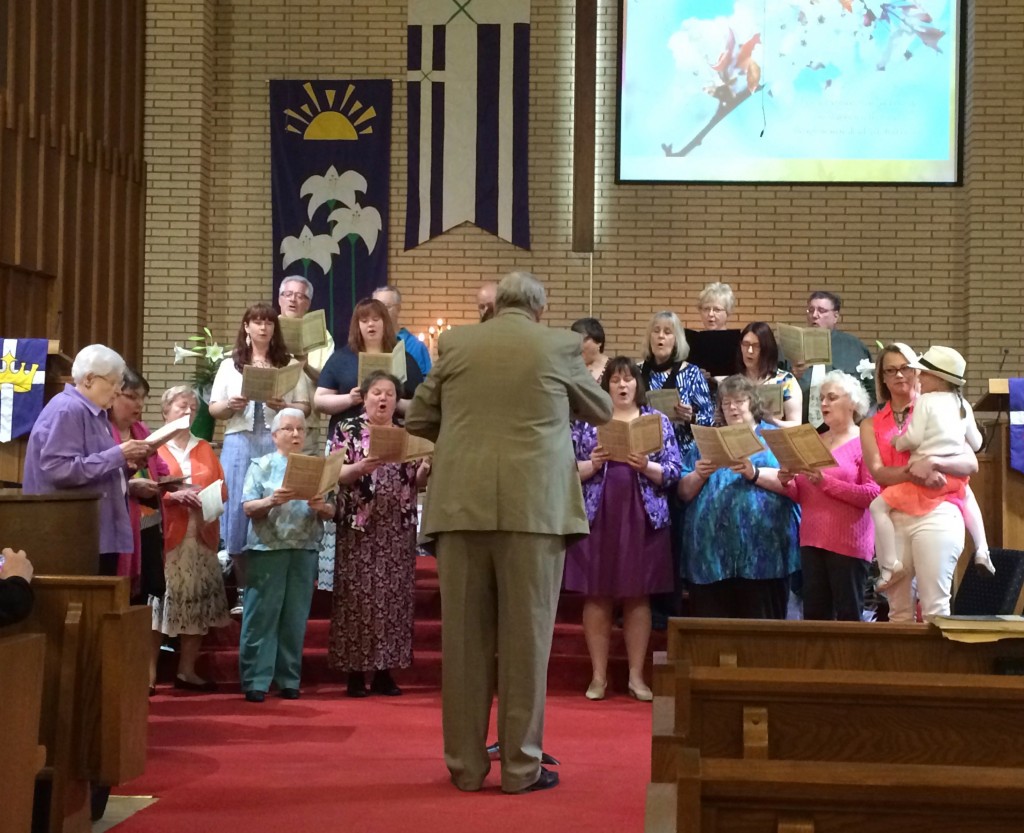 Some members of the congregation joined choir members in the traditional singing of the “Hallelujah Chorus” at the end of the Easter Sunday service.

Packing up to deliver food to Neighbor’s, Inc. for Minnesota Food Share Month 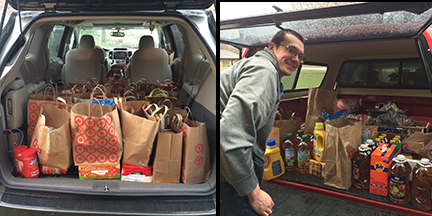 May 15 – Childrens Time, Treats and Lunch-Making 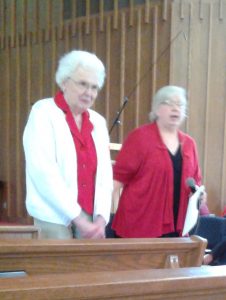 Laurel Venhuizen (left) was surprised by Pastor Gail on May 15 when she received Special Mission Recognition for all of her work in the church and community. Laurel has been UMW secretary and treasurer for many years. She makes quilts for the Harriet Tubman women’s shelter and for baptisms here at Faith. She embroiders dish towels, has been the head funeral organizer at church for many years, makes school bags for needy children, makes soup for our soup and salad luncheons, helps with church clean-up (specializing in defrosting the freezer and cleaning ovens and fan hoods), helps set up for Christmas, provides food at the basket sale, coordinates the UMW Lenten dinner, is known for her pickle-making, and has served on the Staff Parish Committee and the Board of Trustees. Laurel has been a volunteer in the community as well, including working at DARTS and Neighbors, Inc. She has also been a reading buddy for children at a local elementary school. Congratulations to Laurel on this well-deserved award! 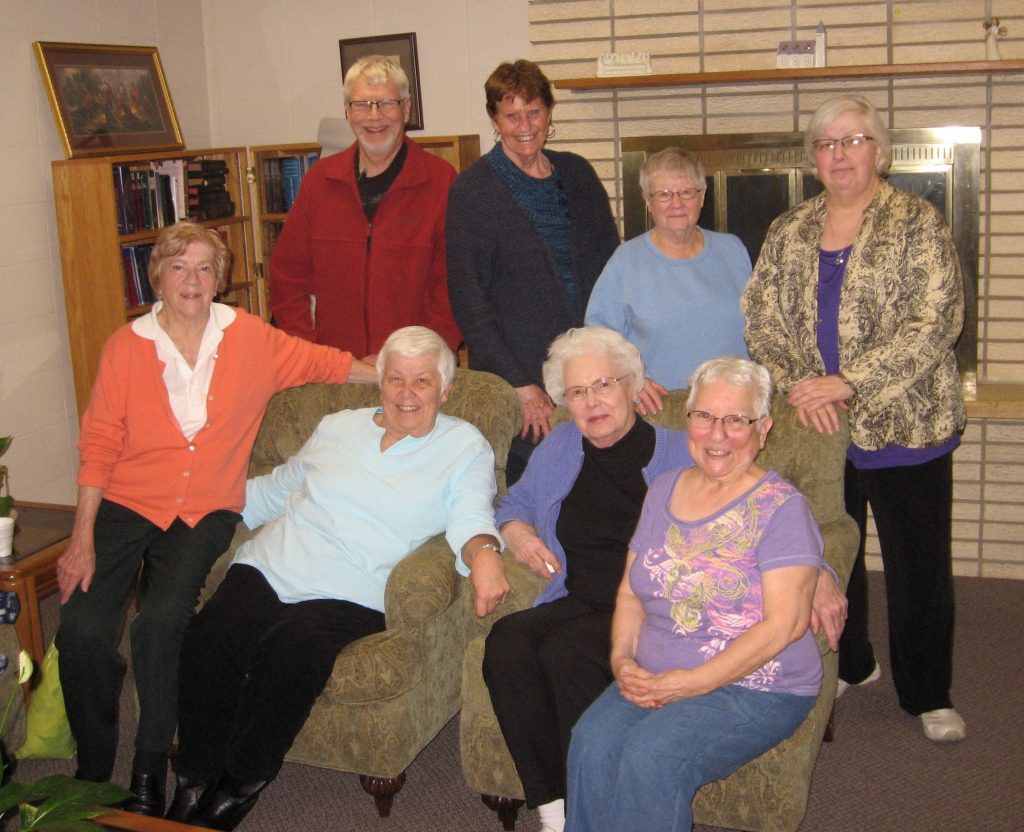 Pastor Gail and the Visitor Corp celebrated the work they have done over the past years. Back row, from the left: Gil, Vesta, Karen and Pastor Gail. Front: Carol, Ruth, Laurel and Judy. 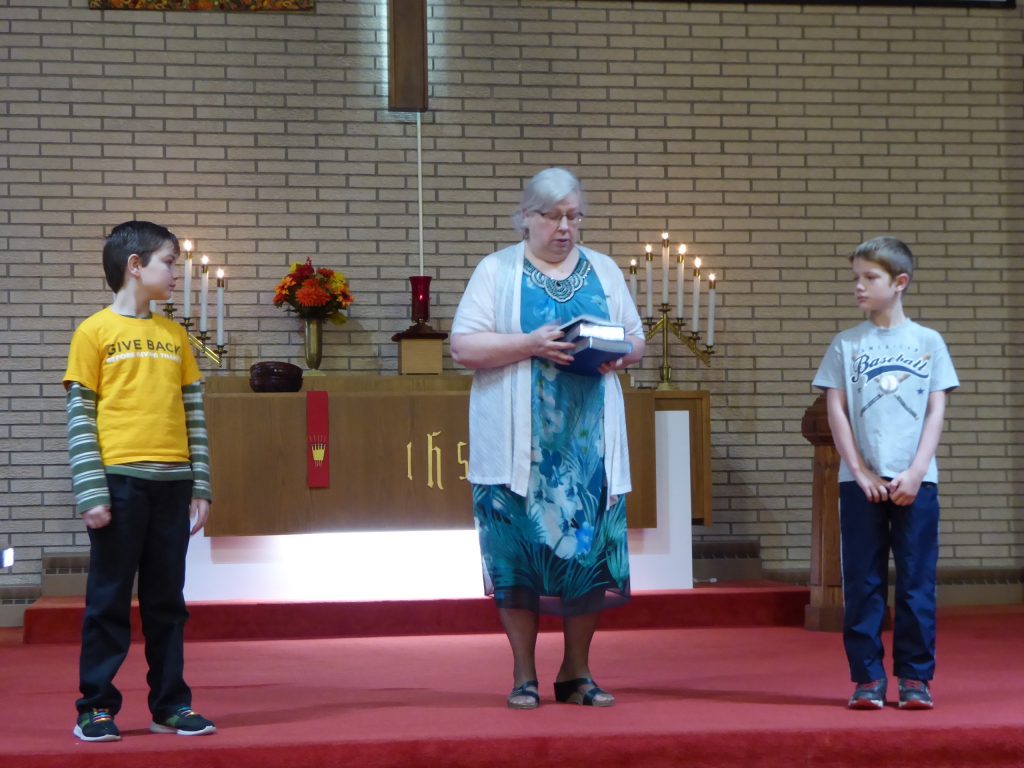 Third-graders Charles and Alexander received their Bibles on Sunday, November 20, 2016.

Soup Cans Dawn and Gil with two of the FaithWalkers team, Charles and John.